Choosing the best hard drive for synology NAS (network-attached storage) for your data storage is so much important. There are only four major manufacturers of internal hard drives. These are Toshiba, Seagate, Western Digital, and Hitachi/HGST.  Each one of these manufacturers has a lineup of drives, specific uses including NAS-optimized models. Regular desktop hard drives are designed to continuously try to recover data on its own if it detects any kind of errors. This behavior can lead to degraded performance and possibly even data loss if it’s used in a RAID.

On the other hand, a NAS drive will only try to recover data on its own for a few seconds. When that time passes, it will attempt to rebuild the data using information from a different hard drive in the RAID. Error recovery is one of the main reasons people use RAID so the drive must be able to operate with that in mind.

When it comes to NAS drives, performance and reliability should be the priority. 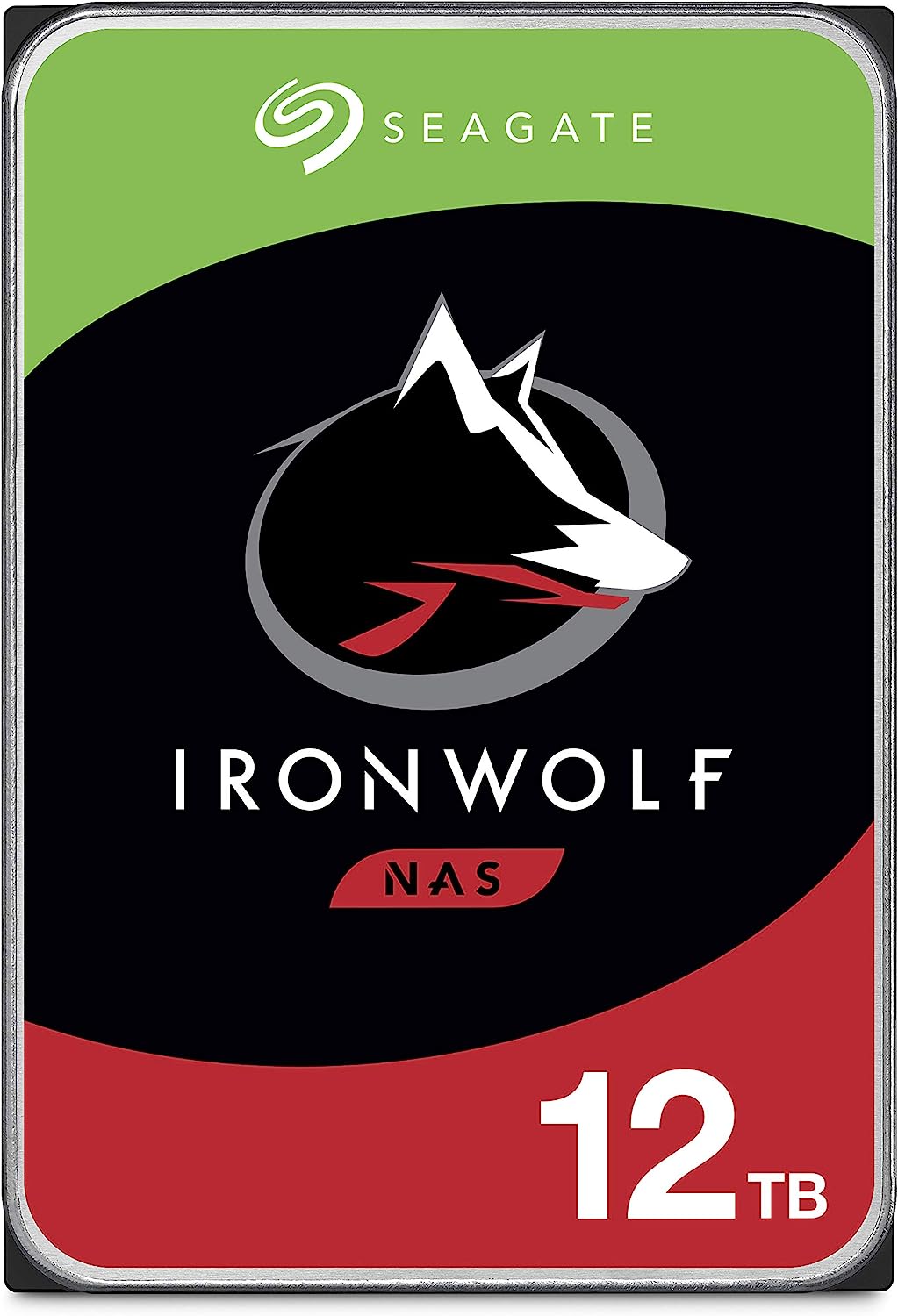 First, we have Seagate’s IronWolf series of NAS-optimized hard drives. They come in two versions: the regular IronWolf and the IronWolf Pro.

The IronWolf is designed to be used for synology NAS devices in a home, office or small business environment. It’s available in capacities of up to 12 TB for a single drive and supports up to an 8-bay NAS. The drives spin at around 5400 RPM. It may seem slow compared to a conventional desktop hard drive that spins at around 7200 RPM but for a NAS, it’s perfectly fine. Seagate’s IronWolf also comes with a 3-year warranty.

Seagate IronWolf Pro version is aimed at commercial and enterprise synology NAS applications. With the Seagate IronWolf Pro, you get up to 12 TB of space, support for up to a 16-bay NAS, and it spins around at 7200 RPM. The warranty is also better, 5 years. 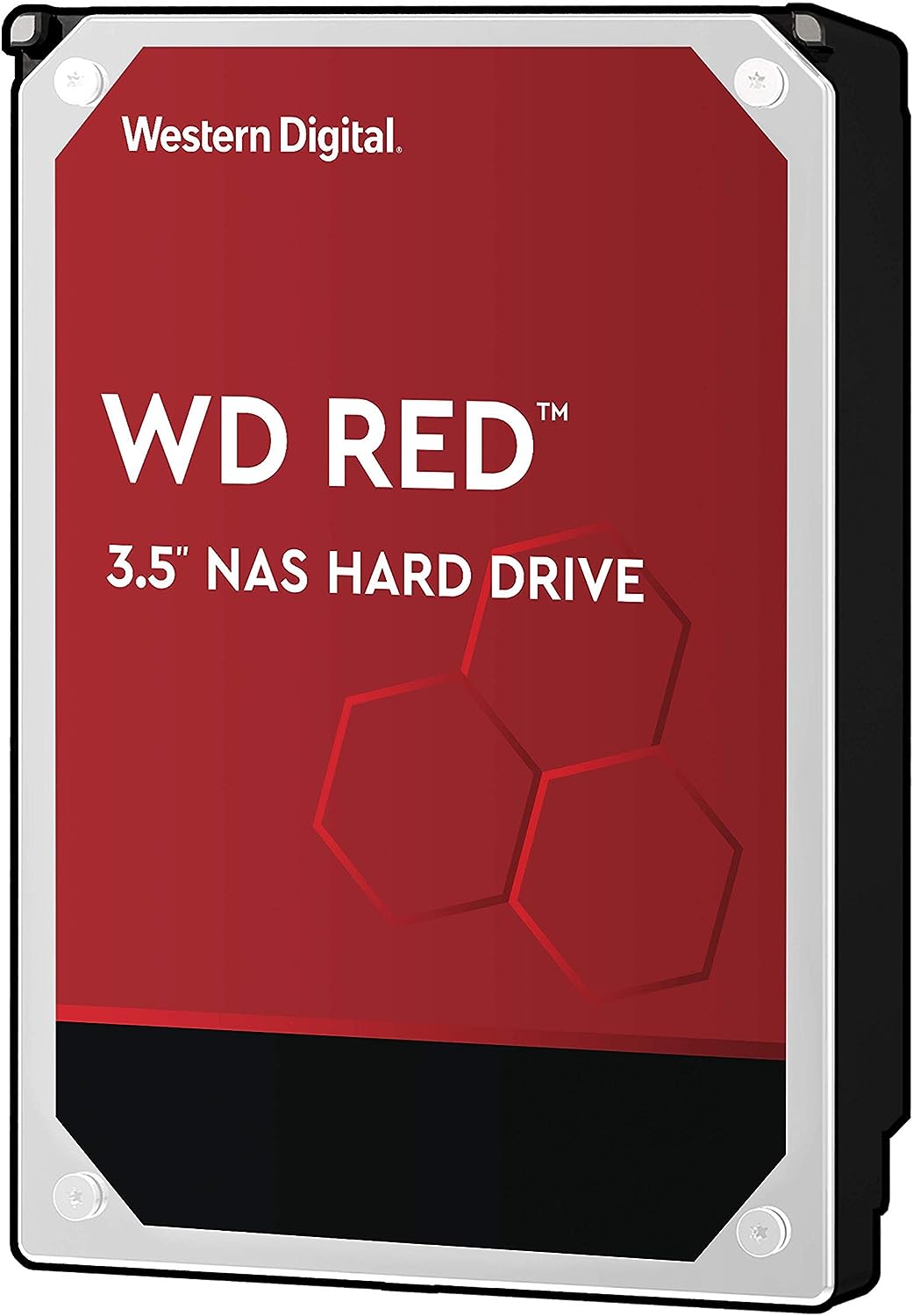 Western Digital’s NAS drive lineup is called the WD Red. Like Seagate, they also offer a Pro version with generally better features across the board.

If you’re considering a NAS drive for home or for a small business use, the WD Red should be in your list. It’s our favorite drive and its best suitable for synology NAS. It’s available in up to 10 TB single-drive capacity and supports up to an 8-bay NAS. WD Reds run at around 5400 RPM and come with a 3-year warranty.

Moving on to their enterprise standard drives made for more demanding business use, we have the WD Red Pro. Like the non-Pro version, it comes in up to 10 TB capacities but supports a NAS with up to 24 drive bays. It’s also faster at 7200 RPM and comes with a 5-year warranty making it one of the best hard drive for synology NAS. 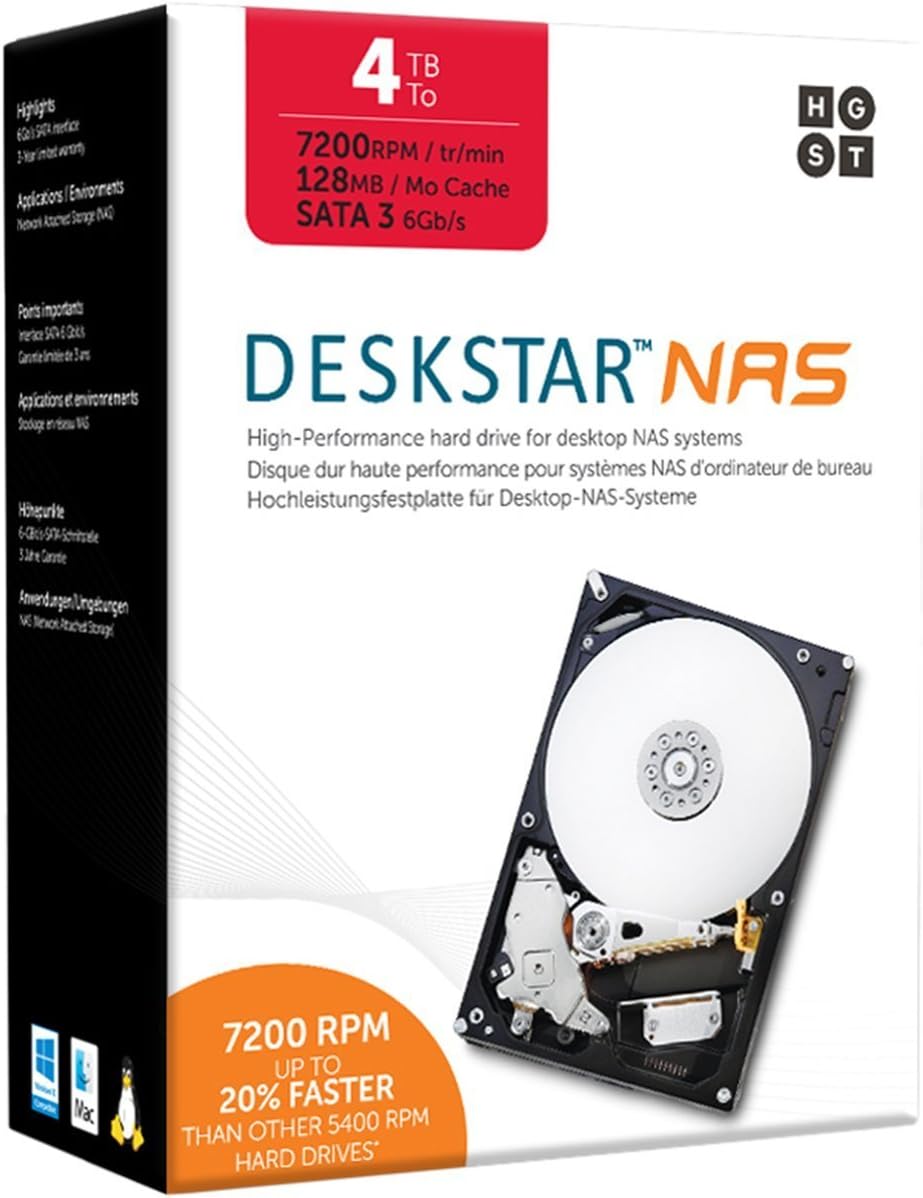 While it’s a wholly owned subsidiary of Western Digital, HGST still produces their own brand of hard drives. The Deskstar NAS is their line of synology NAS-optimized hard drives. Based on its specifications, it’s placed between a WD Red and WD Red Pro.

The Hitachi/HGST Deskstar NAS can be found in up to 10 TB capacities and a 7200 RPM rotational speed. HGST doesn’t specify the limit to the number of bays it can support but it’s supposed to be used in desktop form factors. This means it may not be the suitable choice for environments where drives such as the WD Red Pro or IronWolf Pro are designed for. This is also evident in the 3-year warranty that the Deskstar NAS comes with.

Should you go for Pro or Regular Version?

For drives manufacturers that offer regular and Pro versions, how do you decide which hard drive one you should go for? Like all things hardware, it depends on where you’re going to use it.

Pro NAS drives come with more advanced features, better overall performance, and more robust warranties. However, these also come at a cost. If you compare Pro drives with their non-Pro counterparts, you’ll see a price difference of around $41 or more depending on the storage size of drive.

That may not seem like much but remember that your NAS won’t just need one hard drive. If need 4 drives, that’s around a $164 difference at best. For an 8-bay synology NAS, you’ll be paying over $300 more to populate all those slots with Pro drives version.

There’s a reason they are recommended for enterprise-level use. If you need the highest levels of speed/performance and reliability for critical data, then going for the Pro versions might be worth the extra cost. But if not, then you’re probably better off with the regular versions. After all, they’re still synology NAS optimized hard drives.

Hi There. I am the creator of this website. My aim is to bring quality content to my website visitors. I will be posting news, reviews, tips and much more. Hope you will enjoy your stay here. It's my pleasure to have you here.

Top 6 Best Keyboards For Programming in 2020