Video Editing Software: As you may know, digital video is trending nowadays, as people love to make videos be it in the form of tiktok, youtube videos or vines, etc. Now since the demand for videos has increased the demand for video editing software (for Windows) has also increased, and because of this, there are many video editing software available in the market. Video editor program can be used by professionals as well as beginners or just by normal people for everyday use.

Most of the best video editing software are paid and some of them are worth buying. The good thing about the demand is that it creates competition and with increased competition companies are coming up with some advanced features such as HEVC (High-Efficiency Video Coding), 360-degree, VR video, 4k, color, face recognition, motion tracking, etc. Increasingly, more features are continuously adding to the professional level video editor software as well to the consumer category software.

Now, with so many competitors, choosing the best software is essential as choosing from so many software can easily overwhelm to any user. The best video editing software should fulfill all of your needs & requirement without putting a dent in your pocket. Now, most of the consumers do not prefer to pay for such software as they don’t need a professional video editor with a lot of features which they will never use. Instead, they invest their time in finding the best free video editor program available in the market. So without wasting any time let’s discuss the Top 5 best video editing software for Windows 10 which contains almost all the essential features that are required by users.

Adobe Premiere Pro CC is a video editing software developed by Adobe Systems incorporation. It is by far the best video editor available in the market right now. It runs on both Windows and MacOS. It comes with 7 days free trial after which you have to pay to use it further. This video editor can be complicated for some new users, but if you give time and learn then you can become master of its incredible collection of tools and features. From simple cut & paste to editing full movie, there is nothing which you cannot do by using Adobe Premiere Pro. With every update, new features are constantly being added to this program which improves user experience a lot. it is one of the most popular and best video editing software for Windows 10.

CyberLink PowerDirector is another great video editing software developed by company named CyberLink. It is compatible with all version of Windows. The best part, it comes with a 30-day trial, so if after 30 days you are not completely satisfied with the product then you can easily move on to the next product. This software is very user-friendly and have great UI, that is why it is recommended for beginners who just came into video editing. CyberLink PowerDirector doesn’t come with any subscription model, you just need to pay one time only and you’re good to go, now this is what most users like. This software has an amazing feature called Magic Music Wizard, which can automate the entire process of basic video editing if you simply run your video clip through it. Cyberlink PowerDirector is placed second in our list of best video editing software for Windows 10.

Lightworks is a professional non-linear video editor for digital videos (2K & 4K support) and for television in PAL & NTSC. Lightworks is developed & published by a private company called EditShare LLC. Lightworks is a cross-platform software, available for all three platforms, Windows, Mac, and Linux, it has million of adapters. Another reason for its wide-based audience is that this software is available for free. It is considered to be the best powerful free video editor so far. it also has won a 2017 EMMY Award for pioneering digital nonlinear editing, I don’t think I need to say anything more than that. Although this program is placed 3rd, still it is one of the best video editing software for Windows 10.

VSDC Video Editor is another quite great, non-linear video editing software published by Flash-Integro LLC. This software is available free of cost. The video editor is designed in a way that beginners can easily learn and can enjoy creative media projects. As a non-linear editor, it works in a different way as compared to other similar programs. This software let you position the clip on the timeline wherever you want and from there you can easily edit the clip whatever the way you like. Also, VSDC is among the fastest to export a 2.5-minute video shot at 60 fps and 30 fps when compared with other free video editors.

Wondershare Filmora is another popular video editing software intended for users who want to concentrate on editing and making high-quality videos. It offers editing support for 4K videos. It’s an affordable product equipped with tools made for both video and audio.  The Software makes it possible for users to throw in overlays, come up with animations and elements, add audio, and insert texts. It’s an ideal program to have especially for those who want to make dedications, tributes, and stories in their videos. Voice overs can also be included in any video.  Audio and video can be adjusted by means of rotation or flipping. An option to remove video “noise” is also available in this program.

Three Ways to Recover Your Pictures in Windows

Best Tech Deal Of The Month 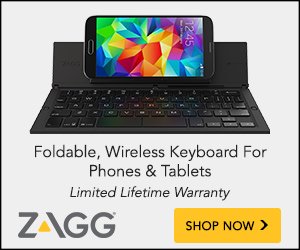